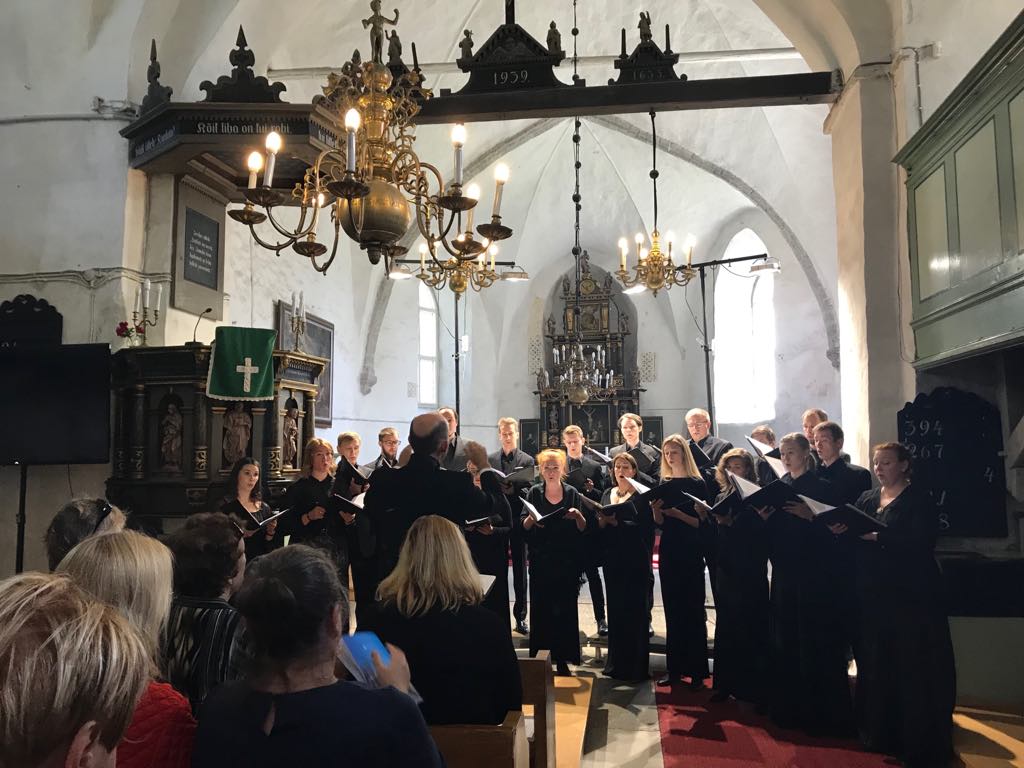 Voces Musicales chamber choir cherishes its 20th season with presenting its new album, „A Black Birch in the Winter“ has been released by MSR Classics (USA). In Nomine supported with communication.

On the album and at the concert a fine selection of the contemporary pearls of American and Estonian choral music by Gregory W. Brown, Kile Smith, Evelin Seppar, Maria Kõrvits and Pärt Uusberg is performed. The conductor is David Puderbaugh (USA).

David Puderbaugh, who fifteen years ago, in the fall of 2004, with the benefit of a Fulbright Scholarship, arrived in Tallinn to embark on a yearlong study of the Estonian laulupidu for his doctoral dissertation. He is Assistant Director of Choral Activities at the University of Iowa. Puderbaugh’s current focus centers on Estonian choral music, an interest that resulted in a dissertation research on that country’s national song festivals during the Soviet occupation.

The Chamber Choir Voces Musicales, founded in 1999 by Risto Joost, has a unique place in Estonian musical life, presenting works that are seldom performed due to their difficulty.